How I Got Him Fired; Then Built a Successful Career in Financial Services 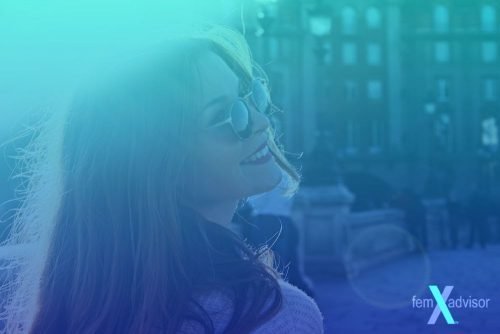 I was young, almost 30 years old with a husband, a new home and a new baby. I was hired as a sales assistant for Prudential Bache and was supporting 5 advisors. One advisor was new to the industry, a middle aged man named Grant who recently left the advertising industry to become a stock broker (That’s what advisors were called at that time.). Grant and I worked well together and had fun. We did a good job for the clients and he even let me move into a limited sales role even though I wasn’t “officially” an advisor with Prudential Bache.

The practice grew quickly and he soon became the top producing broker for the firm in Southern California. While I was never given any formal training (not like all my peers) Eventually I would end up seated in the bullpen (like a real broker) serving our clients and helping to manage the trading for existing clients. I loved talking with clients, building relationships, educating them and presenting new ideas and options, on top of that I was making decent money.

Life was good until I was asked to lie to a client, that when things went sour.

Most of our clients were well into retirement. Grant had them trading CMOs on a 10 to 1 margin basis. $100,000 would buy $1,000,000 in bonds, when there was a small change in the value Grant would have them sell their existing block and purchase a new block of bonds taking profits along the way. We were trading a lot, just a few points change in the values and we would be writing a lot of tickets. Everyone was happy.

In my new role as a junior broker I was given more responsibility, I was asked to take more ownership in some of the accounts. It was then that I began to realize this wasn’t such a good strategy after all. After further exploration I learned that the broker was getting rich on all the trade commissions while the clients made minor profits, they were never informed of the net profits less fee’s + margin interest (which can be substantial on high leveraged positions).

Essentially they were in a high risk strategy, highly leveraged (which was inappropriate for their age and stage in life) and actually generating what ended up to be very small returns. But Grant was getting rich as the commissions were huge in those days. Grant was a great salesman and like Bernie Maddoff, clients were constantly referring all their friends and family.

Was I the only one not comfortable?

One day Grant asked me to call a client and tell them it was time to sell their position in CMOs, take their profits and encourage them to buy another lot of CMOs and repeat the strategy. Wanting to be prepared and fully transparent I did the calculations and quickly recognized the profits were not what Grant was stating. When I questioned him he quickly yelled at me, “If they were that interested in the details they never would have gotten into this now just call them.”

ALARM bells were ringing, I could not make the call. That day when Grant left the office, I immediately went to the manager to share my concerns, of course, the manager was also reaping the financial rewards of Grants trading and was reluctant to put a stop to it all especially because of a young, female sales assistant. I was simply told “Adri you are being too sensitive.” That was all it took, that evening I cleaned up my resume called the other local firms and started interviewing. But that was not the end of it.

After settling into another position with another big producer at UBS I received a call from an older couple, former clients of Grants who I knew well. They told me due to Grants trading they had lost most of their retirement. My heart was aching for them. I knew that as long as the bond market was doing well everyone seemed to be happy. It was when the CMO market had turned sour that a highly leveraged strategy did not bode well for retirees on a fixed income. They asked for my help.

I felt like I was in a spy movie, I know that sounds dramatic but that’s how I felt. I was worried that someone would overhear me, I even wondered if the call was being recorded. If I was found out I knew I would be ostracized from the industry and no one would hire me. But I had to do what I felt was right.

In a very quiet voice I shared my thoughts, expressed my concern for their plight as well as my career, I then gave them the names of two other clients in the area who were also participants in the same trading strategy with Grant. I told them how to reach the clients giving them enough information to help them but not too much to protect myself and my family (I kept seeing myself on the witness stand). It sounds ridiculous, I know but that’s what the industry was like back then. I won’t lie, I was young, needed my job and afraid word would get out and my career would be over. But I knew I had given them enough information to get the ball rolling and they did.

Many months later a class action suit was filed against Grant and his branch. In passing conversation I heard that I was suspected in the LEAK. After further investigation it was uncovered that the broker was in cahoots with the trader, they were manipulating the prices of the CMOs in order to create more trading opportunities and more fee’s. It all worked until it didn’t. Grant was sued, lost his licenses and the manager who felt I was too sensitive? He lost his position as well.

I’m glad I did what I did, I’m proud of myself for immediately changing jobs when I could see the ethics had deteriorated. It was brokers like this that tainted the industry. Unfortunately this would not be my last experience with unscrupulous advisors. Many women who were weaned in the industry have shared similar stories and in almost every case it was these experiences that fueled our passion for helping clients while creating a more ethical, gender balanced industry using a high level of ethics, authenticity and full transparency.