Female Advisors Feel “Something” is Holding them Back 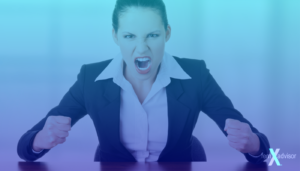 Female Advisors usually come to me ready for battle, they know they can achieve more but they can’t figure out what they are missing.   They love what they do and honestly feel they are good at it but something is holding them back. They keep searching for that one idea that will make their success come easier and faster but the answer is elusive.

The problem is they are looking in all the wrong places. I know because that’s what held me back as a coach. When I started my coaching practice I forgot what it was that really allowed me to succeed as a Financial Advisor at Smith Barney.

When hired by Smith Barney I was destined to fail, a single Mom with 3 young kids at home, limited time and no real network to pull from, the odds were totally against me. I was really just part of the companies new hire quota of women. But I did succeed and eventually was asked to become a National Training Officer, which re-directed my career to coaching.

When I opened my coaching practice instead of doing what I had always done (the secret to my success as an advisor) I followed the training I learned from the financial industry, that’s why I hit a wall.

I just couldn’t get beyond a certain level of success. I loved coaching advisors but nothing I did seemed to break the seal until I attended Barbara Stanny’s Sacred Success Retreat for professional women making over six figures.

Barbara Stanny a bestselling author has a powerful book, “Sacred Success” and it’s a MUST READ for every female advisor.

Tired of adapting to a business model designed for men using methods that often feel abrasive and unnatural for women?