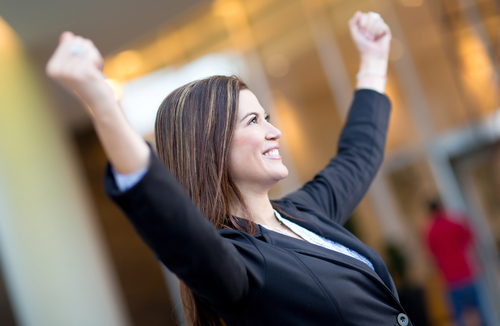 She won the best idea contest! Out of hundreds of financial advisors she was the only woman out of 10 advisors that presented a best idea at the Under 40 Forbes conference… and she WON.  She will now be featured in an article with Forbes, not to mention the sense of confidence she walked away with.

When this opportunity was presented to her by her firm she wasn’t sure what to present, she didn’t realize the answer was right under her nose. She had just completed a fabulous launch event for women, where she had rolled out her new focus and approach to working with women, but she never connected the dots.

When considering a “best idea” she immediately focused on the traditional methods, until I told her, “your best idea is what you did at your women’s launch event”. That’s when the light bulb went on.

Here is her best idea:

$25T in intergenerational wealth will be passed on to women over the next 40 years. It is imperative that women are actively engaged in the process to make it successful for THEM.

As an advisor how do you do it?

There are two parts:

How she did it:

At my recent launch event, as the women came into the room, I handed each woman a preprinted card which held  three open ended questions.

As I handed them their card, I personally circled one of the questions. I then told the woman, “I want you to ask this question with 5 women before the event begins”. These women were immediately on a mission and became fully engaged.

I started the event asking, “Who had question #1?”. As they raised their hands, I asked them, “What was the most common answer? What surprised you the most?”.  I then asked who had question #2, then #3.

This was a powerful process to help women become immediately connected to other women, making the initial networking process easy.

Secondly, I gave them a voice, they told ME what women were thinking, instead of me telling them.  The rest of the event was EASY and the results were extremely positive and productive.

She ended her best idea presentation by sharing:

The bottom line is this.

Women want to think for themselves, and not be told what to do.

Develop authentic relationships to keep them engaged in the process. If you empower women and give them the tools to be successful, they will pay you back in the best way possible – with referrals.

That’s how she won the BEST IDEA contest at the Forbes Under 40 event.

But the real prize was the impact she had at her launch event and the number of women that wanted to meet with her one on one.

Are you ready to start engaging women more effectively? Check out our coaching program and let’s start invigorating your practice with more referrals now.