Don’t Let One Jerk Derail Your Focus On Women 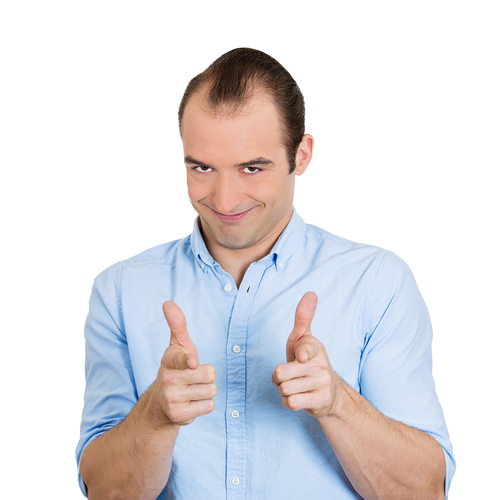 It’s happening in your office right now, people who try to stop others on their road to success.  One of my own clients had one of these “jerks” try to hold them back this year, read her story below to learn how you can keep your focus and avoid being derailed by a “jerk.”

She is a total entrepreneur and committed to building a financial practice focused on engaging women. Her big debut will be in two months where she can finally ( legally) reach out to her former clients.

We have spent months creating her authentic focus to match her vision and purpose as a financial advisor.  She has written her story, developed an authentic compelling message and is in the process of creating a dynamic 1on1 presentation all of which is focused on women.

In the mean time she has been putting her toe in the water. At networking events she has been sharing her story and getting great responses.

Women and even men have asked more questions wanting to learn more about this unique approach to wealth management.  The momentum was starting to build even though she had not formerly launched and then she met this jerk.

During our coaching call she said she had been getting good responses but had some concerns.  She began to share a brief encounter with a highly networked lawyer in the community.

She began to share her story and mission with this man, about her focus on women. His response, “Don’t you think that’s demeaning? Do you think women are stupid and can’t learn?”

His questions were all laced with testosterone disguised as a feminist. He continued to state that women were smart and totally capable and her message was insulting.

At first she was shocked, he responded so vehemently even feeling a little threatened by his aggressive nature but she pushed back,

“How involved is your wife with managing the financial affairs?”

He shared, “Well she manages the bills and balances the checkbook.”

She asked, “What about the investments? If you died would she know what to do with the money?”

He meekly said “I don’t know”.

While Lisa could feel the defensive and threatened nature of this man she allowed these comments to undermine her new found confidence in marketing to women.

When I asked her would she want this man as a client her response was a quick and adamant,

“Do most men you share this with respond this way?”

“So what does that tell you?”

“He is not my tribal market.”

What was interesting about this scenario is that this man’s reaction triggered old scripts and memories, from a day gone by and is not a reflection of most men today in fact quite the opposite. Yet these old experiences run deep, we often give them too much weight and relevance which holds women from being who we are and what we want.

I’ve  been there and still encounter these jerks although the experiences are fewer and far between. I suppose every woman experiences individuals who trigger sensitive buttons in our past life.

Sometimes it’s an attitude or a tone of voice from a man at work or in a social setting, it’s funny because my husband doesn’t hear it but I do. Sometimes it’s lack of eye contact or too much eye contact. Even in today’s more progressive world even their vocabulary can be a clear giveaway.

The key to remember is that these men are NOT the norm, these relics feel highly threatened by your strength and confidence. And if you are still feeling this you can imagine how female clients feel, the discomfort, feelings of being ignored with financial speak that makes them feel stupid or less than.

Perhaps instead of countering or walking away the next time consider thanking them for reinforcing your mission and passion to help women create financial confidence so that they never have to depend on others to live the life they want.